The move by the federal government to force Chinese companies to sell their investments in three critical mineral companies is being called a meaningful and necessary escalation of Canada’s defensive posturing on strategic assets.

Mining sector could benefit from US green

A year in review of MAC activities and achievements.

Canada and the Philippines can together boost economic recovery in the post-pandemic future that happily now beckons. While Congress has acted effectively to pass important economic reform legislation such as CREATE, an amended Public Service Act and other policies to help bounce back better, more can be done. Final ratification of the RCEP agreement would […]

The Mining Association of Canada (MAC) is the national organization of the Canadian mining industry. We represent companies involved in mineral exploration, mining, smelting, refining and semi-fabrication. Our member companies account for most of Canada’s output of metals and minerals. MAC’s functions include advocacy, stewardship and collaboration. Our goals are to promote the industry’s interests […]

Mining executives and national security experts are warning the federal government about China’s domination of strategic mineral supplies, saying Ottawa needs to better protect supply chains for modern technology that relies on them like electric vehicles and smart phones.

As Canada grapples with policies to boost domestic supply of critical metals and minerals, industry experts say the country will require more funding to compete with China in producing key metals such as rare earths.

After a decade-long search for a new source of rare earth minerals that wasn’t located in China, Constantine Karayannopoulos finally found his answer in “monazite” sands in the southeastern U.S., not far off the coast of Georgia. 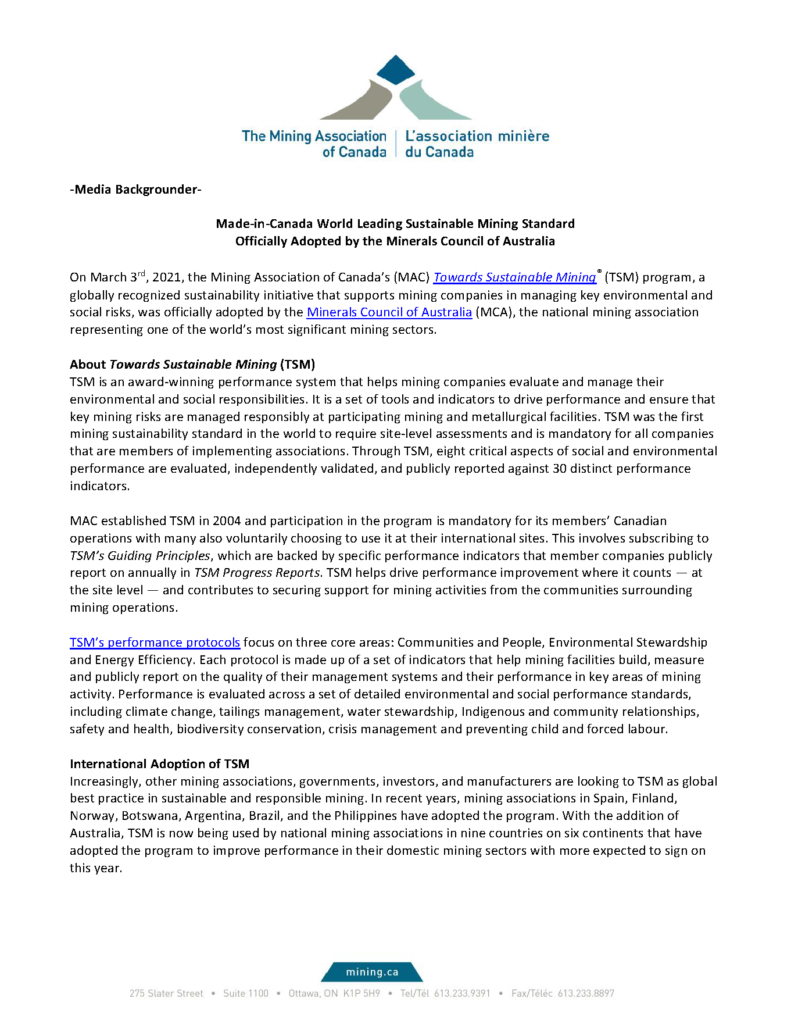 On March 3rd, 2021, the Mining Association of Canada’s (MAC) Towards Sustainable Mining® (TSM) program, a globally recognized sustainability initiative that supports mining companies in managing key environmental and social risks, was officially adopted by the Minerals Council of Australia (MCA), the national mining association representing one of the world’s most significant mining sectors. Increasingly, […]