MAC and its members are committed to supporting an orderly transition toward a lower carbon future, and to being a constructive partner in the fight against climate change.

MAC supports climate action that is consistent with the ambition of the Paris Agreement to limit global warming to well below 2 degrees Celsius (above pre-industrial levels) to ensure the long-term sustainability of our shared planet.

Over the past two decades, MAC’s member companies have improved energy efficiency and reduced emissions at their operations through measures such as MAC’s mandatory Towards Sustainable Mining® (TSM®) initiative and through innovations at the mine-site level.

Additionally, there is a natural synergy between mining and clean technology. Raw materials are transformed into technology that, having gone full circle, assist mining operations in reducing environmental footprints and enhancing efficiency and reliability. These same raw materials are also enabling the world to transition to a low carbon future. 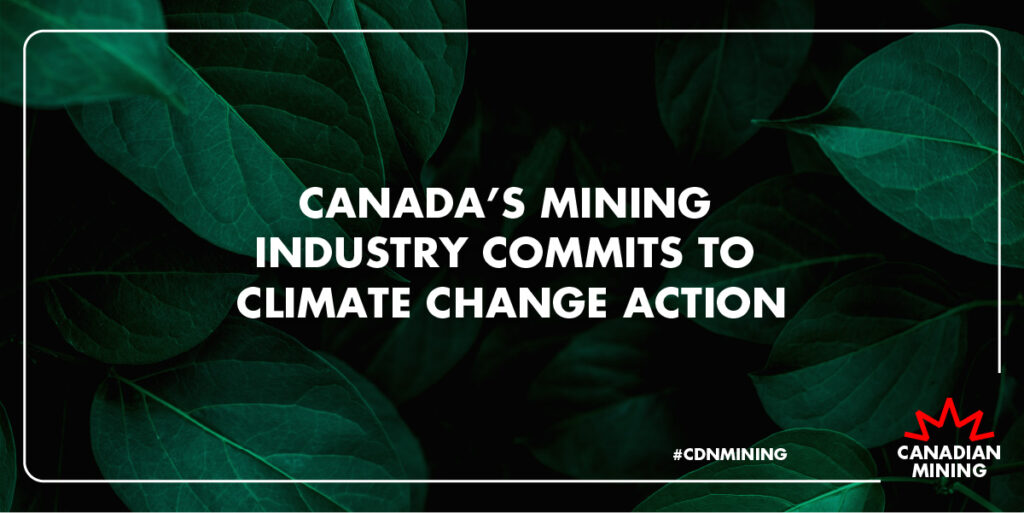 The comparative carbon intensity competitive advantage that Canadian minerals and metals have over those produced in many other jurisdictions globally is significant and even if mined off-grid, minerals processed in Canada are among the lowest carbon-intensity in the world.

SKARN Associates, a consultancy focused on connecting ESG analytics and mineral economics, produces data sets that enable the majority of global production for nickel, gold, iron ore, metallurgical coal, copper and aluminum to be benchmarked on a basis of carbon competitiveness at either the mine site, company or national level. Through original research, SKARN has found that Canada produces some of the lowest-carbon intensity minerals and metals globally.

In response to the Kyoto Protocol, and in support of a credible response to climate change, MAC released its first climate change statement in March 2000. In the years that followed, MAC undertook several measures to improve its membership’s performance in energy and greenhouse gas (GHG) emissions management.

In 2004, MAC and its members launched the Towards Sustainable Mining (TSM) initiative, which required facilities to report their energy use and GHG emissions management performance and to set targets. In 2009, MAC also adopted the International Council on Mining and Metals’ Climate Change Policy. These industry-wide actions have been complemented by a host of individual member company actions to improve energy and fuel efficiency, reduce GHG emissions, and improve environmental performance. They also underscore the mining industry’s long-held recognition that we need to be part of the solution.

In 2016, MAC and its members released Principles for Climate Change Policy Design, notable for its inclusion of support for a broad-based price on carbon. The Principles were developed to inform the federal government as it drafted the pan-Canadian climate change framework. The document outlines elements of a successful carbon price regime: one that leads to meaningful emissions reductions while simultaneously protecting emissions-intensive and trade-exposed sectors, like the mining industry, and being sensitive to the unique circumstances faced by Canada’s remote and northern regions. The document also endorses carbon revenue being recycled back to emitting companies to support the development and deployment of renewable and other low-carbon technologies.

MAC also works with its COI Advisory Panel to ensure climate change concerns are being meaningfully addressed.  In 2016, the COI Panel released Rising to the Challenge: Advisory Statement on Climate Change to MAC and MAC Members, which proposed specific ideas and actions to assist MAC and its members in building on the progress they have already made in addressing climate change, and to help guide future endeavours with respect to planning, managing and operating mines and related activities. MAC addressed these recommendations in its response, which included additional commitments to support its goal to be a constructive partner in supporting a lower carbon future.

Published in 2021, the TSM Climate Change Protocol seeks to respond to these recommendations by requiring that MAC members work to:

MAC’s new Guide to Climate Change Adaptation for the Mining Sector supports the new TSM Climate Change Protocol. It was published, in part, in response to concerns identified by the COI Panel and provides best practice guidance for the mining industry to assess potential future climate changes at mine sites, assess potential impacts of those changes on mine operations and infrastructure, and develop plans to implement appropriate adaptation measures.