Miners are seeking reliable partners to support the costly renewable energy that will play a critical role in their net-zero plans.

Current global unrest and ongoing impacts from the pandemic have brought the security of supply of energy and resource products into sharp focus, not just for Canadians but our allies around the world.

Project Permitting in Canada and the Mining Industry

Executive summary The transition to a low carbon economy, as well as changing technology and geopolitical stresses, requires the expeditious development of new mining, energy generation and infrastructure projects in Canada. There is a broad consensus that the timeline for the planning and approval process for new projects, (including “no go”) has to be shortened […] 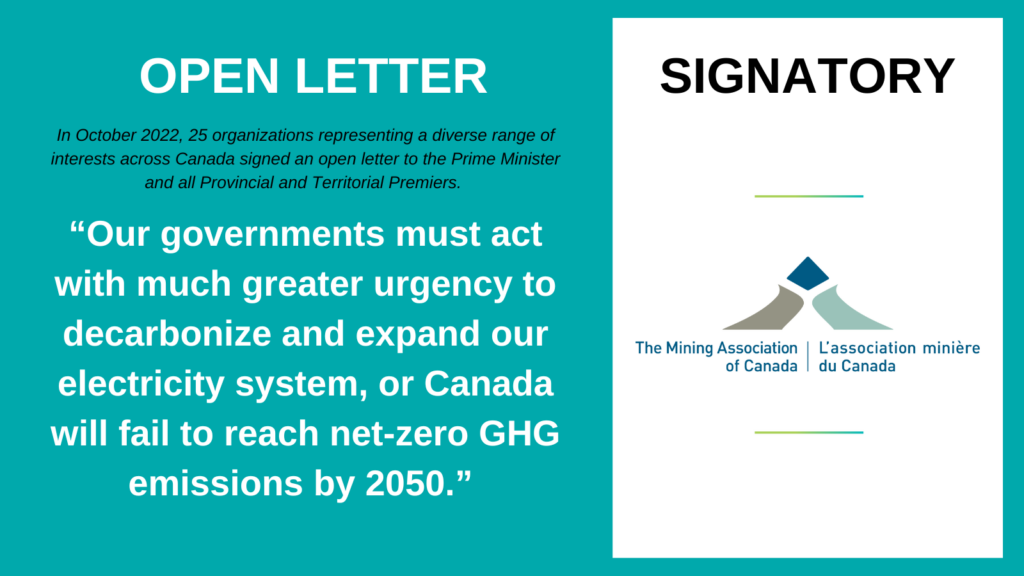 We joined with 25 organizations, representing a wide variety of interests, in issuing a call to action for Canada’s federal, provincial and territorial leaders: They must act with more urgency to transform our electricity system, or Canada will fail to reach net-zero by 2050. A decarbonized and much expanded electricity system is the foundation required […]

US mining advocates look north and like what they see

When members of Congress speak glowingly of Canada, it is most typically progressive members envious of the nation’s gun laws or single-payer health care system. But many members who have expressed their frustrations with the U.S. mining permitting system have pointed to the Great White North as a model to be emulated.

Seizing the Moment: Canadians Want More Mining – Can We Deliver?

By now it is a foregone conclusion that in order for net-zero to be achieved, the increased adoption of low carbon technologies is essential, with mining propelling the current seismic energy transition. Electric cars cannot exist without lithium, nickel and cobalt, nuclear energy without uranium, wind turbines and solar panels without copper, zinc, iron and […]

UN monitors thrust into debate over what to do with 1.4 trillion litres of oilsands wastewater