To meet climate goals, the country not only needs to use battery materials, it should become a key world supplier.

Guidelines for the Assessment of Alternatives for Mine Waste Disposal 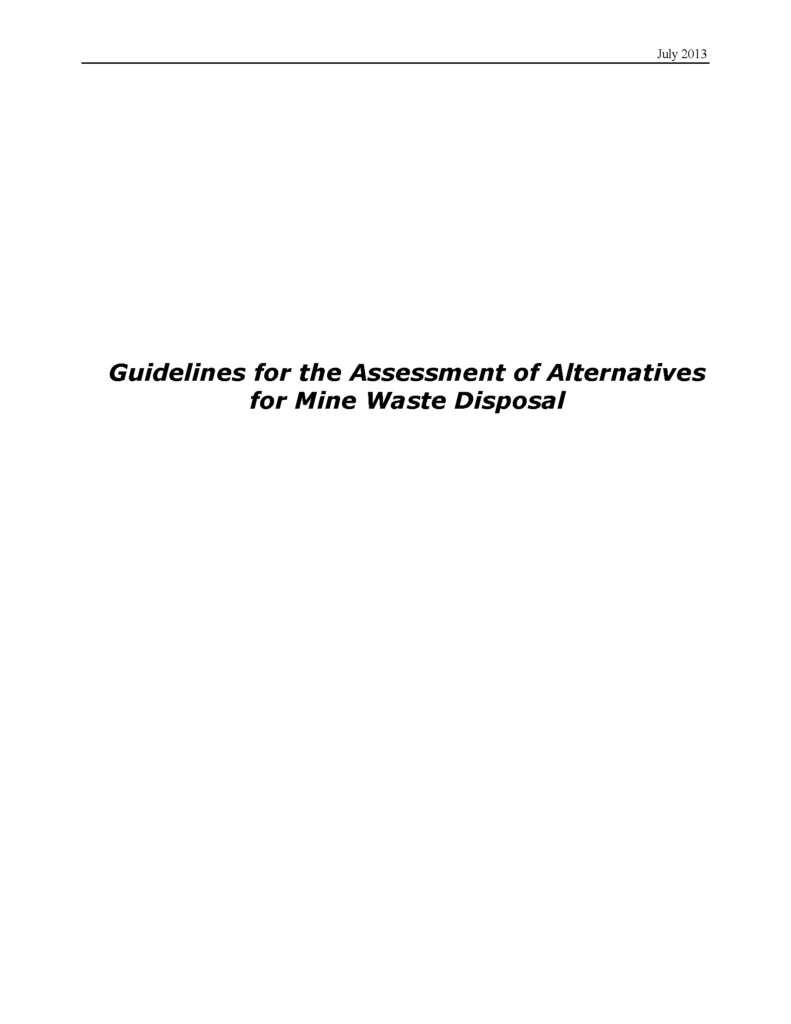 It is expected that natural water bodies frequented by fish shall be avoided to the extent practicable for the long-term disposal of mine waste; and that mine waste shall be managed to ensure the long-term protection of Canada’s terrestrial and aquatic environment. These guidelines describe the process that must be undertaken when a proponent is […]

Opinion: Mining in Saskatchewan and elsewhere pushes Canada toward its environmental goals

Mining represented five per cent of Canada’s GDP last year and it is essential to Saskatchewan, write Seamus O’Regan Jr. and Pierre Gratton.

Human capital: How BEVs in underground mining change the working environment for the better

The use of battery electric vehicles (BEVs) in mining represents an extreme and stunning example of the non-financial benefits of electrification. This article highlights how the calculus for executives considering switching their fleets from diesel to electric goes far beyond direct financial considerations.

Raising the carbon tax makes more sense than you might think

The first time I heard the phrase “carbon tax,” I admit that I was confused. I had a sense this was a policy to help protect the environment, but I couldn’t have told you anything beyond that.

The Minister’s Advisory Council on Impact Assessment (MINAC) will advise the Minister of Environment and Climate Change, Jonathan Wilkinson, on the act’s effectiveness. This will include reporting on how efficient, transparent and predictable decision-making is under the act and how early potentially problematic issues can be identified under the assessment process. Some of the council […]

Alberta Premier Jason Kenney criticized Thursday a recent decision by the federal government to launch environmental reviews of a pair of mining projects, saying it was yet another sign of jurisdictional overreach by Ottawa.

It’s too early to know whether a recently-announced Federal Environmental Impact Assessment will delay the construction schedule of Teck’s Castle Project in the Elk Valley according to the company.