The Mining Association of Canada Comments on Outcome of Federal Election

OTTAWA – The Mining Association of Canada (MAC) congratulates Prime Minister-designate Justin Trudeau on his election victory and looks forward to working with the government to enhance responsible mining and critical minerals development in Canada. The mining industry looks forward to working together with all parties to ensure one of Canada’s most important resource sectors is supported.

“Mining is one of the most economically significant sectors in Canada and contributes $107 billion to the country’s total nominal GDP and accounts for 19% of the value of Canadian goods exported. Canadian mining is also an important employer, accounting for one in every 26 jobs across the country,” said Pierre Gratton, President and CEO of MAC. “Canada’s mining industry is well placed to provide the materials, specifically critical minerals, essential to healthcare, communications and low carbon technologies and our sector would benefit from strategic government supports to ensure we are able to seize the opportunity before us.”

With one of the cleanest electricity grids on the planet, with 82% of generation coming from non-GHG emitting sources, Canada produces some of the lowest carbon intensity mineral and metal products anywhere in the world and can and should play a much more significant role in providing the materials the world needs to get to net-zero. One of the greatest climate actions Canada can take in support of Paris Accord objectives is to maximize domestic production of low carbon metals and materials needed to meet projected clean technology demand.

“The question is not whether we require minerals and metals to reach our climate goals, but rather if Canada will become the supplier the world needs,” continued Gratton. “Canada’s mining sector operates some of the lowest carbon-intensive mines in the world thanks to Canada’s abundance of clean energy, the adoption of world-class sustainability standards like Towards Sustainable Mining and company adoption of low emission technologies at their sites. Our industry should be the supplier of choice for the minerals and metals that are needed for low carbon technologies like solar panels, nuclear energy, wind turbines and battery electric vehicles.”

The Liberal platform included measures aimed at positioning Canada’s mining industry to maximize emerging opportunities in critical minerals and battery electric vehicles and markets. The proposed doubling of the Mineral Exploration Tax Credit for materials on the Canadian list of critical minerals, and commitments to reinforce the Mines to Mobility strategy to build “an end-to-end, sustainable battery supply chain, creating opportunities for Canadian workers from mineral extraction through to processing and manufacturing”, are positive for the mining sector. MAC was also encouraged by Liberal commitments to infrastructure investments, particularly in Canada’s North.

“By providing support specifically for mining electrification, clearer and more effective permitting processes and incentives for the discovery of new battery mineral and metal deposits, Canada would clearly signal to the world that it is committed to being a global mining leader,” said Gratton. “We look forward to working with all elected officials in support of the mining sector to ensure it is well positioned for future success.”

Speech by Pierre Gratton, MAC's President and CEO, to the Economic Club of Canada on May 27, 2015 in Toronto.
Read More 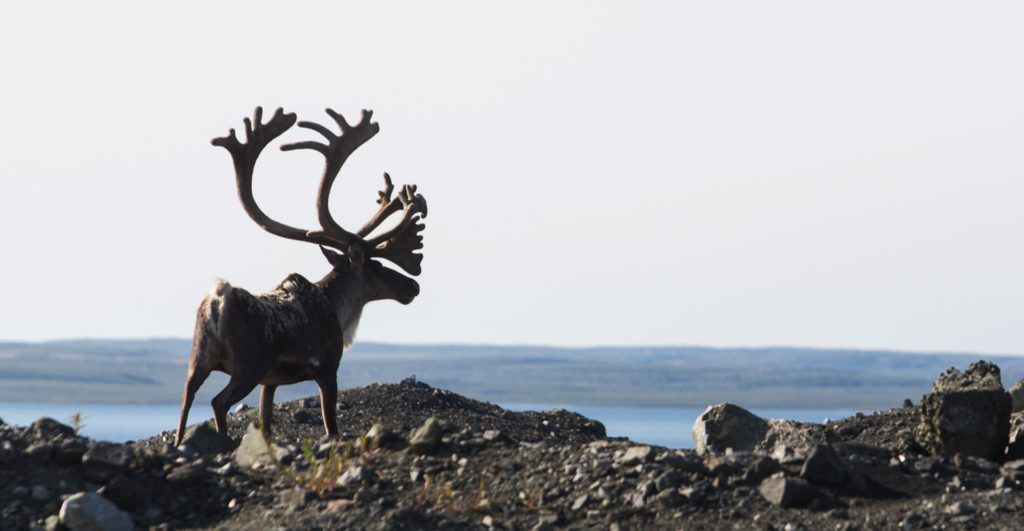 Indigenous Traditional Knowledge enriches our environmental stewardship Dominion Diamond partners with Indigenous groups to protect caribou near its Ekati mine in the Northwest Territories. The North is experiencing a decline...
Read More
View All Stories