For their innovative projects that raise the bar for corporate responsibility in the Canadian mining sector, Vale, Dominion Diamond Corporation and Diavik Diamond Mine Inc. were recognized with the 2015 Towards Sustainable Mining (TSM) Awards yesterday at the Canadian Institute of Mining, Metallurgy and Petroleum (CIM) Awards Gala in Montreal.

Dominion Diamond Corporation and Diavik Diamond Mine Inc. were jointly awarded the 2015 TSM Environmental Excellence Award for their Joint Regional Grizzly Bear DNA Program in the Northwest Territories. Vale’s Manitoba Operations was recognized with the 2015 TSM Community Engagement Award for its involvement in the Thompson Economic Diversification Working Group.

“Out of seven impressive finalists for this year’s awards, these two projects shone for going beyond what was expected, for engaging extensively with community stakeholders and incorporating traditional knowledge, and for creating significant benefits for the communities where they operate,” said Pierre Gratton, President and CEO, the Mining Association of Canada. “With the TSM Awards, we congratulate and recognize Vale, Dominion Diamond Corporation and Diavik Diamond Mine Inc. for being positive catalysts of change in their communities.”

When regulators, monitoring agencies and community stakeholders asked for a grizzly bear monitoring program, the Ekati Diamond Mine (operated by Dominion Diamond Corporation) and the Diavik Diamond Mine (operated by Rio Tinto) responded by developing a new program that went over and above their environmental monitoring requirements. The Joint Regional Grizzly Bear DNA Program was designed to assess bear population trends and to determine if mining-related activity influenced the relative abundance and distribution of grizzly bears over time.

Following a successful pilot study, the program began its initial two-year phase in 2012 and the gathering of baseline population data was completed in 2013.  The study area covered 16,000 km2 of the Central Barrens encompassing the two mine properties. The area was split into a 12×12 km grid with one post located in each grid square, for a total of 112 posts. Traditional knowledge was sought by community elders and land users for the posts’ development and placement. The posts were constructed with mechanisms to bait the bears, which would result in hair samples being left behind that were then collected for DNA analysis. A total of 1,902 hair samples were collected in 2012, and 112 grizzly bear individuals were identified. In 2013, this number rose to 4,709 samples and 136 grizzly bear individuals were identified, 39 of which had no previous detections. The results suggest a detection frequency of 9 to 11 bears/1,000 km2, above estimates from the 1990s where the frequency was 3.5 bears/1000 km2, indicating a stable or increasing bear population in the region.

This project, the largest grizzly bear DNA program in the Northwest Territories, was the first major collaboration between diamond mines in the region. Recently, De Beers’ Snap Lake mine and Gahcho Kué project have come on board, doubling the initial study area to over 30,000 km2. Based on its success, the Government of Nunavut has also deployed similar programs at Back River, Hackett River, Courageous Lake, Izok, Hope Bay, and in the Eastern Arctic.

“Dominion Diamond takes our responsibility to the environment, wildlife, and the surrounding communities seriously, and it is gratifying to be recognized for those efforts at a national level,” said Brendan Bell, Dominion Diamond Corporation’s Acting Chief Executive Officer.

“This program is a great example of how collaboration adds significant value and benefits everyone. Collaborating with our partner, Dominion Diamond, allowed the program scope and area to be increased significantly. Collaborating with our community partners allowed us to incorporate Traditional Knowledge ensuring the program’s success,” Marc Cameron, President and COO, Diavik Diamonds (2012) Inc.

In November 2010, Vale’s Manitoba Operations in Thompson announced that it would scale back its operations to mining and milling only by 2015. Recognizing the importance of mining to the region’s economy, Vale immediately set to work to mitigate possible community risks of the partial decommissioning project – a full five years before it would occur. In 2011, Vale engaged and fully funded rePlan, co-launching a multi-stakeholder group, the Thompson Economic Diversification Working Group (TEDWG), that would work collaboratively on action plans to spur economic development and diversification in the region.

The TEDWG involved a broad set of stakeholders, including representatives from Vale, Keewatin Tribal Council, Manitoba Keewatinowi Okimakanak, Nisichawayasihk Cree Nation, the City of Thompson, the Manitoba Métis Federation, the Province of Manitoba, and the Thompson Chamber of Commerce. They were united in one common purpose: to accelerate Thompson’s development as a regional service centre for Northern Manitoba, with mining as a strong economic pillar. Priorities were determined through community engagement and included housing, education and training, regional identity and tourism, economic development, and infrastructure, among others. Over the course of two and half years, the TEDWG’s work resulted in the development of socio-economic action plans and a regulatory framework that are currently being implemented, as well as enduring relationships that were built upon 20,000 hours of inclusive and respectful engagement. Vale’s total investment in the TEDWG was over $2 million, and the process has been widely celebrated as best practice. In fact, the “TEDWG way” has become a common phrase in Thompson for how to bring people together to create positive socio-economic change and the model is currently being applied elsewhere in Manitoba.

“This is an accomplishment which reflects not only Vale’s investment in the community, but also the tremendous contributions of stakeholder representatives into the Thompson Economic Diversification Working Group process over two and a half years. Vale’s Manitoba Operations are proud to have been a part of such an innovative, collaborative, and inclusive process that resulted in the development of ready-to-implement social and economic action plans for Thompson and the region. We sincerely appreciate the efforts of every person that participated in the process so that our community can grow to become even more prosperous and sustainable, right alongside our operations. We know that in working together, Thompson’s potential is truly unlimited,” Lovro Paulic, Vale’s Manitoba Operations.

A total of 16 nominations were submitted by mining companies that participate in the TSM initiative. The selection committee, comprised of members from MAC’s independent national community of interest (i.e. stakeholder) advisory panel, selected the finalists based on criteria such as innovation, involvement of and engagement with communities, and project outcomes. TSM performance was also considered as an indicator of the company’s ongoing commitment to corporate responsibility. 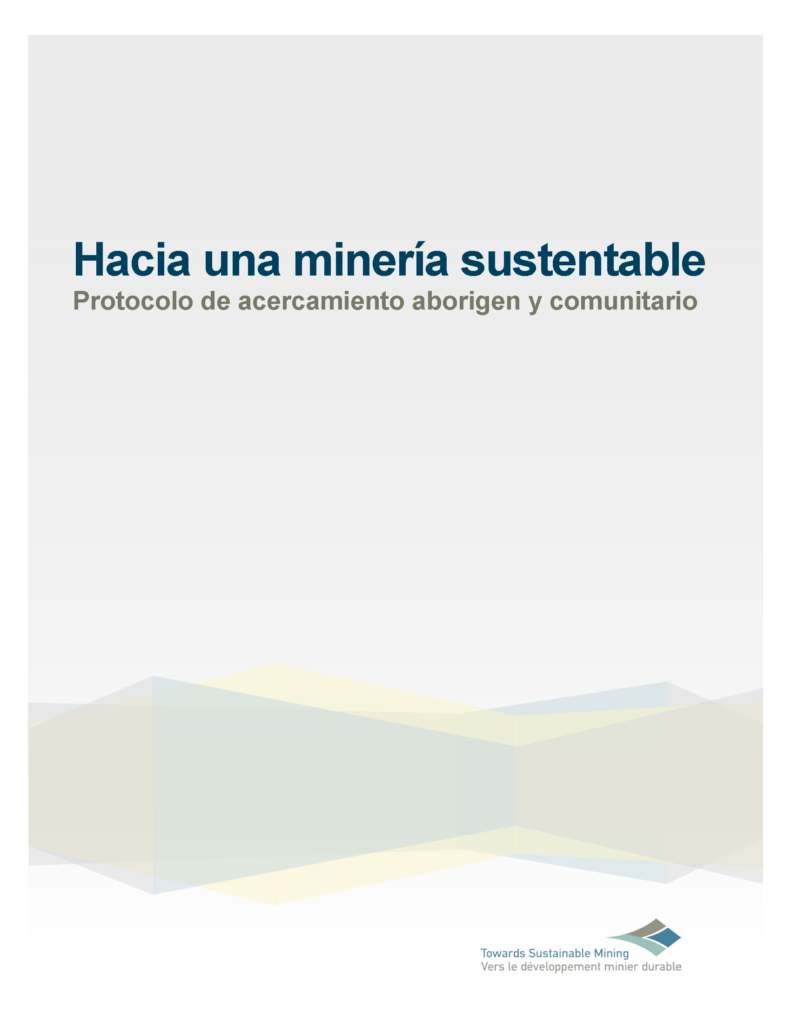 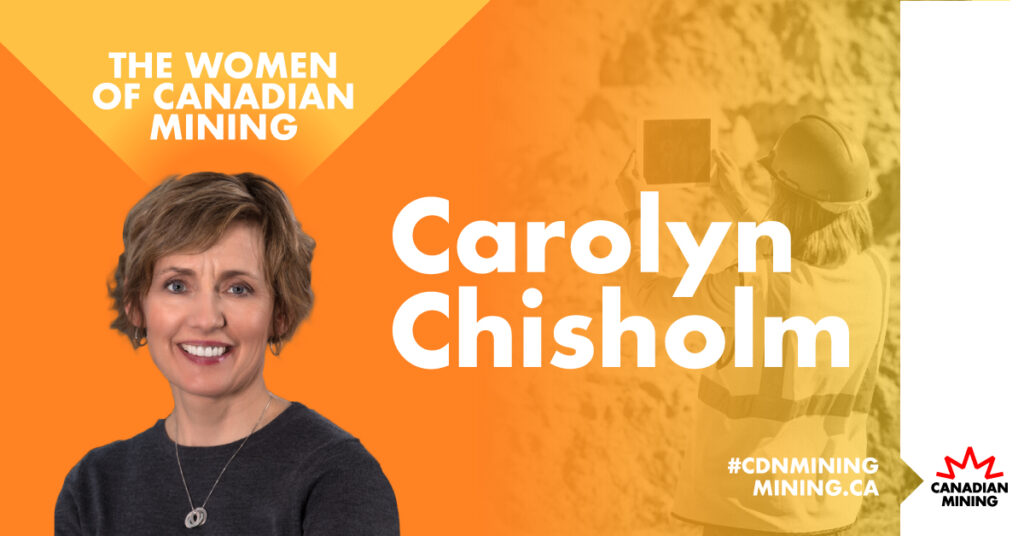 Carolyn Chisholm is engaged in environment, sustainability and regulatory affairs in Canada’s mining sector, leading advocacy and engagement strategies for Rio Tinto at the federal/provincial levels and encourages diversity and...
Read More 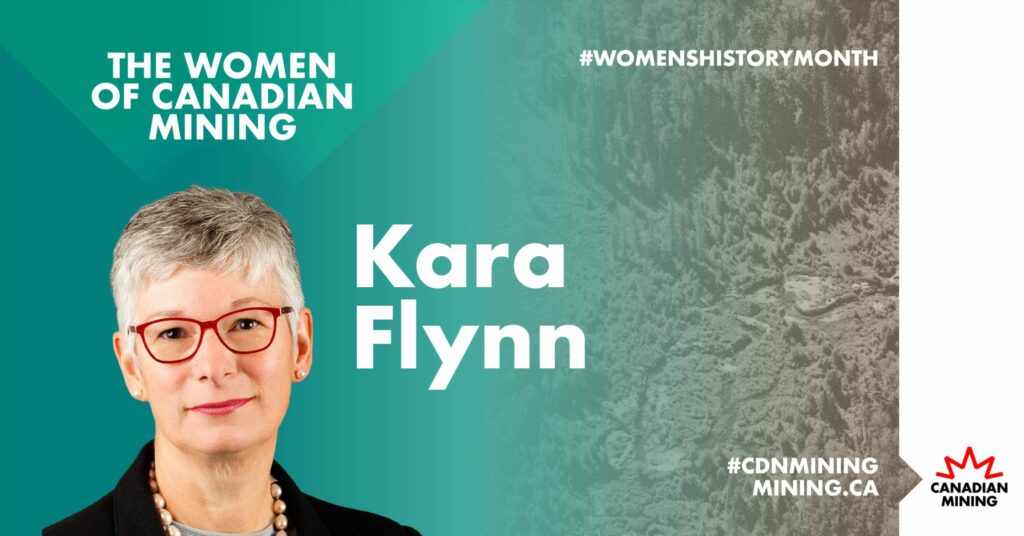 Kara Flynn, Chair of the Mining Association of Canada’s Indigenous Relations Committee and Vice President of Government and Public Affairs for Syncrude Canada Ltd. is an advocate for sustainable practices...
Read More
View All Stories